As schools close and streets empty, the COVID-19 pandemic is testing the limits of modern society.  The virus poses a unique threat to incarcerated individuals (including those held in immigration detention facilities) who are at increased risk of serious illness or death due to the coronavirus. As the virus spreads, lawyers across the United States have been filing habeas corpus lawsuits challenging the weak response of Immigration and Customs Enforcement (“ICE”) to the spread of the virus.

Habeas corpus is an ancient legal doctrine dating back to the signing of the Magna Carta in England in 1215 that stands for the proposition that the government cannot imprison a person indefinitely without showing cause for such detention.

The lawsuits that have been filed thus far seek a variety of remedies which range from ordering ICE to comply with the guidelines issued by the Centers for Disease Control and Prevention (“CDC”) to seeking temporary release for highly vulnerable detainees.  With ICE failing to take adequate precautionary measures to protect detainees, federal judges have been placed in the position of balancing the interests of detainees and the government with public health guidelines.

ICE’s Pandemic Response Requirements (“PRR”) include requirements for all detention facilities to follow the CDC’s interim guidance. The PRR includes instructions for staffing, cleaning, hygiene practices, visitation, and screening and quarantine for new detainees. However, after evaluating its detained population and taking into account the CDC’s guidance, ICE released only 900 detainees of its approximately 50,000 immigration detainees in custody.

Despite these efforts to comply with CDC guidelines, several advocacy groups have claimed that ICE’s response to COVID-19 has fallen short.  Social distancing at detention facilities is unenforced and is often not feasible.  Additionally, detainees have limited access to soap for handwashing, receive poor medical care, and are highly likely to contract the virus due to the cramped quarters in which they are held.

What Immigration Detainees Must Prove To Win Release

Under the federal law codifying the right to habeas corpus, 28 U.S.C. § 2241, a federal judges can grant a writ if he or she believes a detained person is being held in violation of the Constitution, laws or treaties of the United States.  The habeas corpus lawsuits brought before federal judges thus far claim that ICE is failing to protect immigration detainees from the coronavirus and its consequences in violation of the Fifth Amendment.  As a result of these violations, the lawyers argue that ICE should be ordered to release at-risk detainees and/or improve conditions at detention facilities.

The challenge in these lawsuits is that detainees must prove that ICE is being “deliberately indifferent” to detained citizens’ serious medical needs and/or the conditions of confinement amount to excessive punishment for individuals who have not been tried and convicted of a crime. Detainees are required to provide proof that they are at a high risk of illness or death due to COVID-19 and that the type and extent of precautions undertaken (or not undertaken) by ICE are insufficient.

In Sow v. Adducci, a federal judge in Ohio recognized that the immigrant petitioner had tested positive for the coronavirus and that the conditions at the detention facility were “troubling.” However, she did not recommend releasing the detainee because he did not have any preexisting conditions and was not at high risk for severe complications.

In Jorge S. v. Green, a federal judge in New Jersey ruled that even if the petitioner was at high risk for COVID-19 infection, the evidence was insufficient to show that the jail officials were deliberately indifferent, because they had taken precautions.

In Coronel v. Decker, a federal judge in New York ruled in favor of the petitioners because the petitioners’ preexisting medical conditions placed them at high risk of illness or death from the virus and the judge found that ICE was deliberately indifferent to their medical needs because it failed to isolate the petitioners and implement safety protocols.

In Fraihat v. USCIS, a federal judge in California ordered ICE to “issue a performance standard or a supplement to their [PRR] defining the minimum acceptable detention conditions for detainees” and issued a nationwide injunction ordering ICE to enact the required measures nationally. This stands in contrast to other court decisions that only applied to the plaintiffs’ detention facility or facilities within the court’s jurisdiction.

A Mixed Bag Of Results

The various court rulings on habeas corpus for immigration detainees based upon COVID-19 have been a mixed bag of results.  The cases highlight inconsistencies in the rulings by federal judges considering the issue.  Further, the variations in court rulings illustrate the difficulty of interpreting “public interest” during a pandemic. In one case, Ferreyra v. Decker, a New York federal judge concluded that the public interest favored the immigrant detainee’s release because “public health and safety are served best by rapidly decreasing the number of individuals held in confined, unsafe conditions.” This commonsense  ruling shows that during a pandemic, public interest should be rooted in reducing the number of positive COVID-19 cases rather than upholding punitive detention goals.

The Vegas Lawyers Can Help

At The Vegas Lawyers, we have attorneys with significant federal experience that can prosecute Constitutional rights in federal court.  If your loved one is in an ICE detention facility in Las Vegas and you’re worried about their well-being and health due to COVID-19, as you justifiably should be, contact us through this website for help or telephone The Vegas Lawyers direct at (702) 707-7000.

Michael Humphreys Esq. is an accomplished former federal prosecutor with a lengthy career in the United States Department of Justice. There is no federal criminal case too big or small that he cannot handle. 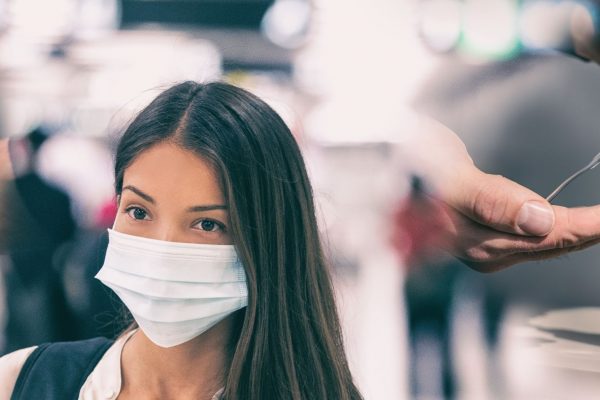 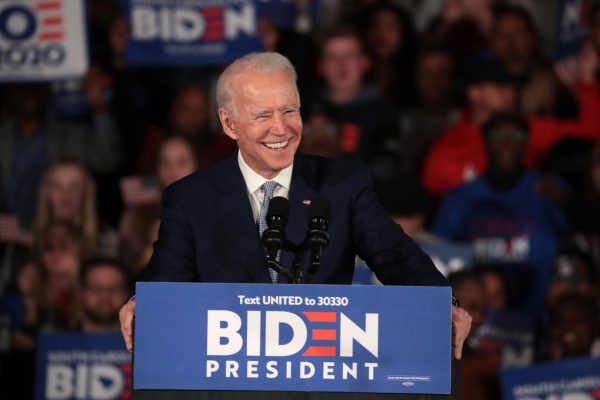